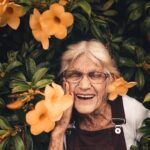 Dementia has to do with impairment of cognition that may result in interference with normal day to day activities. Patients may experience deficits in memory, reasoning, learning capacity, attention and language. Also affected may be personality, mood and behaviour.

The long held belief with Alzheimer’s disease is that it has been caused by our genetics. However, over the past few years, new research shows that many factors play a part in the development of this disease. Here at the practice, we carry out tests which can show some of the early indicators for the development of Alzheimer’s.

There are many different tests and we use a specialist Laboratories to carry these out.

The best way to discover more would be to make an appointment with us so that we can take you through some of the indicators, the main one being early stages of autoimmunity and the detection of antibodies.

From a general perspective, food and nutrient deficiencies can play a part and these include deficiencies Such as B12, folate, also alterations in fatty acids.