From Dr.Piper’s Desk: Causes of Hayfever 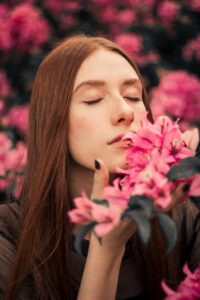 Hay fever is caused by a release of a chemical called histamine and it is histamine that causes all the symptoms such as blocked with runny nose, itchy throat, itchy and streaming eyes, shortness of breath and all those distressing symptoms of hay fever.

That is why we recommend ANTIhistamine drugs as these block histamine release.

High histamine levels are one indicator of gut permeability and stress on the immune system surrounding the gut so it is important to try and get to the root of what is causing the problem.

That is why here at Private General Practice, we are not lovers of quick fix ‘sticking plaster’ treatments but would rather get to the root of your problems.

Remember that pollen as a trigger for hay fever is the tip of the iceberg and means that even before you get hay fever symptoms, your histamine level is likely to be high.

What are the other reasons are histamine goes high?

DAO is produced by the adrenal gland to neutralise histamine. Sometimes it is reduced by certain foods but can also be low when we have been under significant stress.

There is a test that can check the level of histamine in your body, also the level of DAO. It is called the advanced intestinal barrier assessment. Please ask the staff for details.

There are certain supplements that will help to neutralise histamine levels and reduce them. Try vitamin C in the form of powdered calcium ascorbate, 5 g twice per day. Also QUERCETIN 400 mg a day and CURCUMIN .

There also appear to be other food reactions that can cross react with the immune system. Another test that may help you is the IgG food immune test to 200 foods. All positive tests foods are removed from the diet for awhile to allow the immune system to settle down.

If you require a functional medical consultation in order to get to the roots of your hay fever symptoms, please book an appointment with Dr Piper – who is the most highly trained doctor in this area.

Please note that there is a condition called mast cell activation syndrome, or MCAS, which means that someone has a very low threshold for mast cells being activated and releasing histamine. These people suffer with sensitivities to many things including chemicals, foods and other toxic substances. In this eventuality, they need a thorough functional medical assessment in order to get to the root of the problem.

If you are interested in functional medicine or any of these services, book an appointment or make an enquiry by calling 0116 270 0373 or emailing info@privategp.com.